Conor is a Director at Houston Solutions Ltd a bespoke leadership advisory company.  He has provided trusted strategic advice to senior leaders across business, government, digital and entertainment industries. He has experience in bringing large-scale impactful strategies to life and has built relationships and networks locally and internationally.

He is Founder of Connected Citizens, a civic initiative which promotes active citizenship and creates space for citizens to co-design solutions for our society.

Conor is a Governor of The Irish Times Trust, Board Member of the New Ireland Commission, Policy Chair of Federation of Small Business NI and is Chairman of the Board of Governors of Fleming Fulton Special School.

In 2017, he joined two Nobel Peace Prize winners on stage to address the One Young World Summit in Bogota, Colombia on the theme: “It’s all about relationships” and is now Co-Chair of One Young World Belfast 2023 when Northern Ireland will host the world’s largest global youth summit.

Previously, as a solicitor advocate he represented clients to the Supreme Court of both the UK and Ireland and was involved in many high profile and pioneering cases. He also represented the legal profession on the Executive Board of the European Young Bar Association and was elected to serve on the Council of the Law Society of Northern Ireland.  He is a former winner of the International Client Counselling Competition (India, 2008).

Conor formerly acted as Programme Director at the Centre for Democracy and Peace Building leading on their ‘EU Debate NI’ programme.  This programme engaged over 30,000 people across Northern Ireland in the debate around Brexit, including all political parties and key influencers in private, public and community sectors.  He gave evidence to the NI Affairs Committee in Westminster about his work.

He was also Head of Engagement for Digital DNA – the largest tech & digital conference in Northern Ireland.  Through this role he spearheaded their ‘Digital Futures’ programme which gave hundreds of young people unique access to opportunities in the tech sector.

He is a Fellow of the US State Department Rule of Law Programme, Fellow of the British Council Hammamet Conference and represented the UK at the Ship for World Young Leaders Conference in Japan.  Conor was also the inaugural Chair of The Ireland Funds Belfast.  He has delivered lectures in Harvard University, Loyola Marymount University LA, Trinity College Dublin and Ulster University. 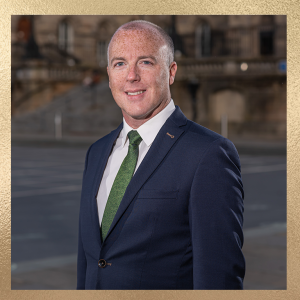 To discuss your business needs and how I can help, feel free to contact me: