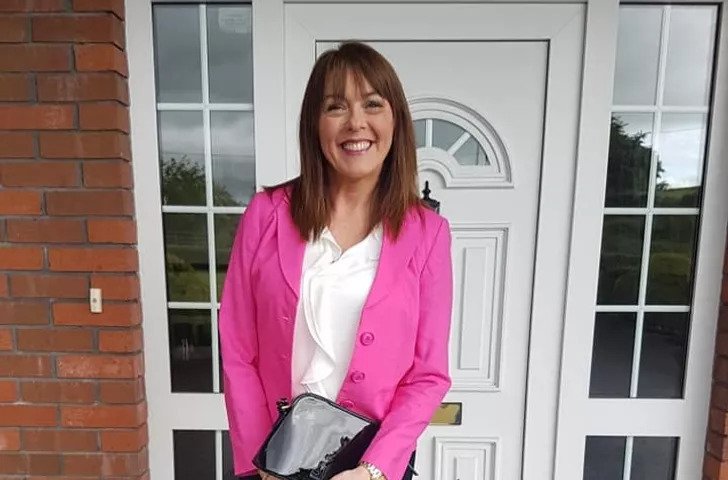 1st January 2017 – I woke up with sincere gratitude for survival from life’s challenges that had been unexpectedly thrust upon myself and my family in the past few years and suddenly, the light bulb moment occurred.   “What is my purpose in life?” I thought.  “How can I be the best person I can?”  My mind went into overdrive and I began jotting down all my thoughts on paper or perhaps what one might call, THE BUCKET LIST!!!!!!

In 2005, I had achieved one of my life’s goals by becoming a School Principal.  I was settling into my new job and three months later just before Christmas, I was involved in a road traffic accident.  I had broken my neck and was incapacitated for up to two years.  As you can imagine, my husband and children, who were then aged five and one and a half respectively, were devastated.  Following major surgery to stabilise my neck I was allowed home for Christmas.  It was one of the best Christmases I can remember having ironically, because it made me think of how lucky I had been to survive such an accident and be present with my family.

Christmas and New Year 2006 passed and I was adapting to all the changes that had occurred in my life – lying in a static position, not being able to lift anything including my baby girl, not being at work, not being able to drive and having a full time child carer and housekeeper!!  The loss of my independence was more excruciating sometimes than the physical pain of my actual injuries.  However, nothing of the above could compare to the pain of the news we got at the end of that January 2006. Our little boy aged 5 was diagnosed with

Stage IV Cancer.  Looking back now, it is really like a blur.  Thankfully and miraculously, our little boy, now a big boy of 19, survived his battle following 39 weeks of chemotherapy and removal of one of his kidneys.  Following my son’s remission, we organised a large charity event in thanksgiving for his recovery.  I am glad we did this event as its funds did help others.  However, the event involved OTHERS giving and I felt I needed to do something purposeful from a personal point of view.

In 2017, I decided, I would set up a voluntary children’s Liturgy group to instil in them this sense of gratitude for faith that I had received as a result of my son’s survival.  Over the last three years, this group has grown from just 4 children to a steady 25+ children who come to the church on a weekly basis to engage in Liturgy activities and music which is relevant and age appropriate to them.

Through the success of this group, my self esteem and confidence grew and my belief that I could lead and form any group became apparent to me.  My passion for health and wellbeing in families led me to form an Operation Transformation Team in my local area where families came to the local football pitch each week for a period of 8 weeks to either walk or run together.  I organised local nurses to do blood pressure stations and local footballers to give voluntary circuit training classes to all members.  The group’s registration was mind blowing and I was certainly not expecting 140 people to register.  As the group evolved, social media coverage plummeted me to my next venture.  I had been recognised by a Health and Wellness company owner as being  ”inspirational” and a proposition to join the company was made to me.  After little deliberation, I joined the worldwide known FOREVERLIVING PRODUCTS company and began using their products in abundance.  My own neck pain and general health and wellbeing improved immensely.   A mixture of excitement related to a new venture and relief of physical neck pain led me naturally to share the products of the business with little difficulty.   My self development and confidence grew and I embarked on retailing products and presenting business opportunities to others.  Not only was I reaching some personal goals, but I was achieving business goals and simultaneously helping others in the process in terms of their health and personal goals in life!

During the course of self development training with the company, I had learned many things such as retailing, marketing, goal setting and above all MINDSET.  And this in turn, along with the extra finance I had achieved from the company led me to fulfil a lifelong goal – TO PRODUCE A BOOK!!  In October 2016, in response to the increase in speech and language development concerns I had related to the overuse of soothers and bottles by children over the age of three and four years old, I was inspired to write a children’s story to assist parents in weaning their children off the dummy.  The children loved the story which involved them hanging their dummies on the dummy tree for the fairies.  Over the course of a week, I involved the parents and grandparents in a build-up of activities until a Friday afternoon when I invited them to the nursery school to listen to the story.  Although apprehensive and feeling exposed with my own story, a parent of a child in my nursery came to me and said to me,

“Mrs Clerkin, my child loves that story and is talking about it at home, it is good enough to make into a book!!”.

That parent was the inspirational founder of this group EVOLVE, Mrs Mairead Mackle.  Mairead guided me on the right path and gave me the confidence to pursue my life’s dream.  Within, three months, I had the “The Fairy Dummy Tree” printed.  The entire journey of producing and promoting this book has been a learning curve which I am still on and enjoying.  The book has received very positive feedback and can be sourced from my Facebook page “Tales of Hope” and is stocked in local bookshops including Easons of Monaghan.  It is also stocked in each of Northern Ireland’s library headquarter outlets and is currently in receipt of multiple home loans.

It really is amazing how one’s life evolves!!!  With the gift of health and wellbeing first and foremost, one’s purpose and goals can be achieved through the inspiration and empowering support of others and for that gratitude can only be inevitable!!!